Grease in general consists of inedible oil, the rendered fat of waste animal parts, or a petroleum-derived or synthetic oil containing a thickening agent. In commercial use, grease has common lubricating function, especially in bearings, because of its characteristic feature. Grease possesses high initial viscosity (thixotropic), which can handle the application of shear. Grease can also along with various additives to improve their lubricating properties such as rust inhibitors, EP (extreme pressure) additives (like graphite and Molybdenum disulfide), oxidation preventatives, PTFE, copper and etc.

As is clear, the difference between grease and oil is that grease is a suspension of oil (makes up between 75%-90% oil) in a thickener. Not only grease can be applied to some process that the feature of the grease allows to stay in place longer than oil, but also it acts as sealants to prevent the ingress of water and incompressible materials. Actually, because of semi-solid to solid consistency grease exclusivity, where a lubricating oil would not stay in a position, grease has a great function.

Grease should be used in a process that can apply:

Oil lubrications are used in applications where operating temperature is high or its bearing at high speed.

Greases are mainly divided into three main types as:

For more information on the grades and specifications, please do not hesitate to contact us

Lubricating greases have a number of advantages over lubricating fluids:

Advantages and disadvantages of grease: 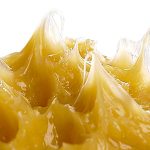 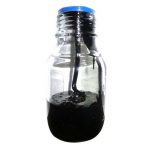