Paraffin and Microcrystalline waxes are types of waxes which they derived from petroleum that constitute of a mixture of Hydrocarbon molecules with anywhere between twenty and forty Carbon atoms. Paraffin waxes have straight chain configurations with a minor amount of iso-alkanes and cyclo-alkanes, while the microcrystalline waxes have large amounts of iso-alkanes and cyclo-alkanes in addition to normal alkanes.

They have a very unreactive nature and a by-product of the distillation of petrol. They are solid at room temperature but melts at between 40 and 70°C, depending on the exact combination of compounds. Paraffin waxes are classified according to oil content, melting point, and the amount of processing put in. Paraffin wax is a white or colorless soft solid derived from the de-waxing process of slack wax and mostly graded according to the oil content, ranging from 0.5% to maximum 20%. It was observed that the addition of oil leads to reduction of melting point.

It is mostly found in two types of Fully-refined and Semi-refined, with a typical melting point between about 46 and 68 °C and a density of around 900 kg/m3 which is white, odourless and tasteless, and typically have less than 0.5 to1% oil content. They are widely used for candle making and in the packaging industry as wax coatings for paper, film and foil substrates including corrugated board, cups and container.

Agriculture – Paraffin and special mixtures are used in the fertilizer industries as anti-caking additives so as to ease their dosing, handling and transportation.

Food – Paraffin forms an important coating for foods such as cheese, citrus fruits, etc. Its also used in the production of gum base which is an important ingredient for chewing gums.

Rubber – Paraffin is used in the production of tyres helping insulate them from ozone and protect them from chipping and cracking.

Pharmaceuticals and Cosmetics – Paraffin is used to coat tablets to protect their surfaces and also forms an important ingredient in a wide variety of lipsticks, creams, pastes, and lotions.

Matches – Although minimal in quantity but the application of paraffin in the matchstick box lightening strips, helps regulate their burning.

Fabric – All fabrics contain waxy coating that gives it softness, elasticity and flexibility. However, environmental exposure and repeated usage robs its of the waxy texture and needs to be recoated.

Paper – Paper is used to insulate many kinds of food. However, because paper in itself is not able to provide good insulation properties, it needs to be coated with paraffin wax to prevent passage of odors, micro-organisms and moisture.

Besides the above, paraffin is used in other industries such as in the manufacture of candles, paints and varnishes, chipboard, skiing and surfing material etc. 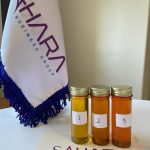 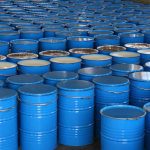