Bitumen is a mixture of dense, sticky, viscous organic liquids, which is mainly composed of polycyclic aromatic hydrocarbons, obtained naturally from crude oil distillation.
Naturally occurring or crude bitumen is a sticky, tar-like form of petroleum which is so thick and heavy that it must be heated or diluted before it can flow.
At room temperature, it is much like cold ooze. Refined Bitumen is the residual (bottom) fraction obtained by fractional distillation of crude oil. It is the heaviest fraction and the one with the highest boiling point of 525 °C (977 °F).

Difference between Bitumen and Tar

Bitumen and tar are both viscous dark organic liquids which seep out of the ground. They are also both used as waterproofing and sealing agents in the construction of boats and buildings. They also both have medicinal uses.
Although there are many similarities, there are some differences between bitumen and tar. They include the following.

Bitumen is primarily composed of aromatic hydrocarbons associated with oil deposits. Tar, on the other hand, can form in association with oil or it can be formed from wood.

Bitumen can occur in solid form or as a dark viscous liquid whereas tar is chemically distinct and occurs primarily as a viscous liquid.

Bitumen occurs naturally and can be prospected from the ground whereas tar is usually produced through distillation. 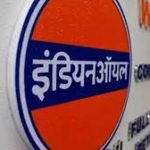