Laboratory tests of emulsion bitumen are usually performed for one of four purposes:

Emulsions need to be classified into cationic or anionic rapid, medium or slow-setting grades. Hens, the particle charge test which electrodes are placed in the emulsion and either the negative or positive electrode becomes coated with bitumen depending on charges. Also, the reactivity of the emulsion can be measured in tests in which standard aggregates are mixed with or dipped into the emulsion and the amount of bitumen deposited on the surface is determined. The other tests include fillers such fine quartz sand or cement are added to the emulsion in the so-called filler index or the cement mix test. The extent of coalescence or the amount of filler required to give full coalescence is a measure of the reactivity.

Large droplets in the emulsion, which could block pumps and spray nozzles, are tested by a simple screening at 150, 630 or 800 microns. The maximum sieve residue is specified (usually less than 0.1–0.2%). The sieve test may be re-measured after storage to indicate storage stability.

In the case, the sieve residue test measures oversize particles which represent only a small proportion of the emulsion. Size and size distribution measurements are helpful in troubleshooting problems with emulsion viscosity, storage stability, and performance, as well as quality control of emulsion manufacture.

The viscosity increases strongly as the bitumen content increases over 65%. An emulsion with a small droplet size distribution will give a higher viscosity than one with a wide size distribution. So the particle size distribution can be influenced to some extent by the choice and concentration of emulsifier and the manufacturing conditions. Also, bitumen with high salt content tends to give high emulsion viscosities. This may happen after the production leading to a change (increase) of the viscosity during storage.

If the density of the droplets is different from the water phase, then they will have a tendency to float or sink leading to creaming or settlement after storage. Bitumen emulsions generally show settlement, although those with high solvent content may cream. Settlement (storage stability) tests generally involve storing the emulsion in a cylinder, then comparing the solids content of the upper and lower layers after 1–5 days. The rate of settlement depends on the difference in densities, the size of particles, the binder content and the viscosity of the water phase. Actions which tend to equalize the densities of the two phases, such as adding solvent, adding salts, or raising the storage temperature, may reduce settlement, and should be mentioned as do actions which increase the viscosity such as adding thickening agents.

Changes to the emulsion recipe or manufacture which reduce the average particle size will also reduce settlement. Settlement can be reversed in many cases by stirring, but the close packing of the settled drops may lead to coalescence or irreversible flocculation.

The binder content of the emulsion can be determined by simple evaporation, distillation or indirectly by the water content. Distillation can also determine the content of oil distillate in the emulsion as well as recover the residual bitumen. Some national standard tests use solvents to precipitate the bitumen from the emulsion without the need for high-temperature heating, which could alter the binder properties.

The viscosity of the residual binder can be determined by the standard tests used for bitumen itself such as ring and ball softening point, penetration, and kinematic viscosity. The low-temperature properties such as breaking point, elastic recovery and ductility can be determined. The density, ash content or solubility of the residual bitumen in toluene, xylene, or trichloroethylene may also be specified.

The water-resistance of the cured bitumen film is an important aspect of emulsions and can be tested by simple immersion tests on standard aggregates. Generally, cationic emulsions show better adhesion than anionic emulsions.

The reactivity of rapid set emulsions can be determined by using standard clean aggregate chippings, which are covered with an excess of emulsion and the weight deposited on their surface is determined. Another test is the Evaporation Filtration Test Which measures the tendency of emulsions droplets to coalesce as water is removed. The results have been related to curing rates under field conditions.

The most important properties of bitumen emulsions are stability, viscosity, breaking and adhesively.

Viscosity indicates the resistance to flow, it means higher the viscosity, lower the rate of flow. The test of viscosity should be sufficient to remain within the acceptable storage time, so it is conducted to see if it is in the specified range. Many factors affect the viscosity of bitumen emulsion, such as the nature of bitumen, temperature, and particle size of bitumen dispersed in the emulsion. Salts in bitumen and not only the types of emulsifier and stabilizer, but also the amount of them are other factors in bitumen emulsions viscosity.

The main influence on emulsion viscosity is the bitumen content of the emulsion. The viscosity of the emulsion is normally determined as the time of efflux from a flow cup with a standard orifice at a temperature relevant to the application. Saybolt Furol cups are used mostly in the Americas and a Standard Tar viscometer in Europe.

Setting bitumen emulsion is a process in which the bitumen phase or some part of it moves to the bottom of the container, or sometimes to the surface due to the force of gravity and the specific weight difference of the two phases (although the difference is negligible). If the bitumen particles settle in the emulsion, it does not mean that the bitumen emulsion is unstable and often returns a slow stirring of the emulsion to its original quality. However, if bitumen stability is weak, the subsidence may result in the emulsion being coagulated and broken, which would not even benefit the stirring.

The following is suggested to reduce the setting:

This process occurs with the adhesion of bitumen particles to each other. The coagulated particles are often dispersed by repeated stirring.

When bitumen particles are bonded in emulsion and coagulated to larger particles, this process often occurs. Coagulation may also occur during the initial process due to mechanical stresses such as high milling, pumping or shaking.

As mentioned, the purpose of the bitumen emulsion is to make the bitumen fluid at ambient temperature. The bitumen emulsion should remain stable during storage and transportation, but break down on mineral materials or pavement surfaces at a specified speed. The rate of emulsion failure is essentially controlled by the type of bitumen and emulsifier. However, other factors such as the type and gender of the stone material (acidic or alkaline), the type of charge (positive or negative), and the amount of clay present in the material also influences the breaking rate.

The water evaporation can cause breaking, which in addition to the chemical nature of the materials at the breaking rate, the factors affecting the evaporation of bitumen emulsions such as their physical form (with increasing mineral fillers), ambient temperature, relative humidity, and wind speed at decisive breaking rates. Also, mechanical forces such as roller shaking or even traffic can affect bitumen emulsion break down.

So there are, six parameters that can be used to change the breaking properties of emulsions: 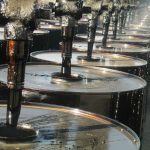 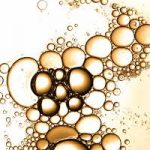 What is differences between anionic & cationic Emulsion?Bitumen, Emulsion, Petroleum