Since the early 20th century, base oil production has been dominated by Group I. This dominance is now entering its final stage as a significant drop in demand is expected, mainly in Europe and North America, due to the shift towards Groups II and III. Nevertheless, GroupI will remain the dominant base oil for lubricant blending until at least 2020, and demand for Groups II and III combined are forecast to exceed Group I demand by 2030.

The substitution of Group I is driven by the need for better quality products in the transportation sector. Governments are pressuring for increased concern about the environment and better fuel economy. Therefore, despite Asian demand offsetting the situation slightly, the declining demand for Group I will lead producers to operate well below acceptable utilization levels (currently maintained around 70%). This, coupled with an increase in the production costs per barrel due to higher allocations of fixed costs, will result in lower margins and create significant pressure for rationalization of Group I capacities. 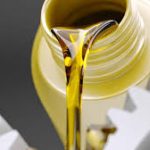