Used oil, such as engine lubrication oil, hydraulic fluids, and gear oils used in cars, bikes, or lawnmowers, can be re-refined again and used as a feed of many petroleum industries. Motor oil does not wear out, it just gets dirty, so recycling it saves a valuable resource.
There are many uses for recycled used oil that must be managed properly by local waste management authorities or automotive repair shops to prevent contaminating the environment. Somehow recycling used oil keeps it from polluting soil and water and also less energy is required to produce a gallon of re-refined base stock than a base stock from crude oil.

1) Pre-treatment (Dewatering)
The term dewatering is usually taken to mean the removal of free water.

3) Propane deasphalting
This is an important pre-treatment step in the re-refining process. The aim is to produce de-asphalted lube-oil, which becomes a feedstock for the next step in a re-refining facility. The other stream is propane, which is recovered from both streams and re-used within the process 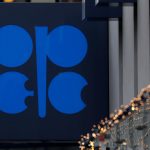 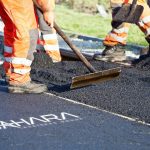 How Much Bitumen Used in Road Construction Per Kilometre?Asphalt, Bitumen, Petroleum