The Agreement of OPEC Plus for Controlling Oil Price

The Organization of the Petroleum Exporting Countries (OPEC) is a bloc of fourteen oil-rich member states spanning the Middle East, Africa, and South America. Combined, the group controls close to forty percent of world oil production. This dominant market position has at times allowed OPEC to act as a cartel, coordinating production levels among members to manipulate global oil prices. As a result, U.S. presidents from Gerald Ford to Donald J. Trump have railed against the oil cartel as a threat to the U.S. economy.
In recent years, several challenges to OPEC’s influence have come to the fore, including divisions within its membership, the emergence of the United States as a major oil exporter, and the global shift to cleaner energy sources. The bloc has adapted by forming the so-called OPEC+ coalition with Russia and other countries, but disruptions caused by a worldwide pandemic of a novel coronavirus have undermined those efforts. Strained relations between the United States and Saudi Arabia, OPEC’s largest exporter, might also test the bloc in the coming years.

On 8 March 2020, Saudi Arabia initiated a price war with Russia, facilitating a 65% quarterly fall in the price of oil.[1] Over a few weeks, US oil prices fell by 34%, crude oil fell by 26%, and brent oil fell by 24%. The price war was triggered by a breakup in the dialogue between the Organization of the Petroleum Exporting Countries (OPEC) and Russia over proposed oil production cuts in the midst of the 2019–20 coronavirus pandemic. This led to Russia walking out of the agreement, leading to the fall of the OPEC+ alliance. Oil prices had already fallen 30% since the start of the year due to a drop in demand. The price war is one of the major causes of the currently ongoing global stock market crash.
“It’s a major climbdown for Russia and particularly Saudi Arabia, which picked a terrible time for a price war,” Jim Krane, energy fellow at Rice University, Said.
After the war price, the 9th (Extraordinary) OPEC and non-OPEC Ministerial Meeting were held via webinar, on Thursday, 09 April 2020, under the Chairmanship of HRH Prince Abdul Aziz Bin Salman, Saudi Arabia’s Minister of Energy, and co-Chair HE Alexander Novak, Minister of Energy of the Russian Federation.
Earlier on Thursday, the mega players were seeking to convince Mexico to join in a deal to implement record oil cuts to lift crudes prices battered by the coronavirus crisis, an OPEC source told Reuters news agency. OPEC+ ministers were trying to persuade Mexico to cut its output by 400,000 bpd based on the country’s output level in October 2018, as part of broader cuts.
Finally, OPEC and other countries including Russia reached a tentative agreement on Thursday (9th April 2020) to temporarily cut large volumes of production.
They agreed to cut about 10 million barrels a day, or about 10 percent from normal production levels, in May and June.
OPEC+ said the cuts would be eased between July and December to eight million bpd, and the reductions would then be relaxed further to six million bpd between January 2021 to April 2022. OPEC+ said it would hold another video conference meeting on June 10 to assess the market. But it did not mention the conditions for countries outside the grouping to reduce oil output.
The meeting of OPEC and other countries appears to be at least a start at tackling the most serious problem the oil industry and OPEC countries have encountered in decades. The decision to cut might go some way toward assuaging growing tensions between members of the cartel and the United States. 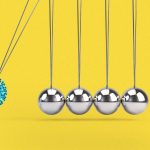 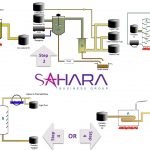